I don’t know about you but when I surmise my weekend for the regular office chat on a Monday morning it usually centres around what I’ve eaten if the past 48 hours. By late morning on Saturday I’m on the hunt for good grub and this weekend was no different. Over the weekend we headed out into town for our usual session of window shopping and snacking and as if by accident we stumbled across Rawr, a new edition to the up-and-coming Piccadilly Street in Hanley which already boasts some uber-cool coffee shops and a pizza place I’ve had my eye on for a while,  and looking into the window our bellies began to rumble.

Rawr is an independent eatery where the menu focuses heavily on good, healthy ingredients and according to their About Us on their website an aim -“to give you a boost, an experience of something new and open many eyes to the wonder of Raw food, Superfood and foods that are free of preservatives and chemicals.” – not my usual haunt it’s suffice to say. 90% of its menu is vegan and there’s no meat served on the menu. Perfect (and I happen to know very much appreciated by many veggies and gluten-intolerant friends I’ve seen tweet about this place) but me? I’m happy with a cuppa and a slice of creamy cake so I was really intrigued to see what was on the menu and whether it’s worth spending that bit more on brunch for specialist & quality ingredients. 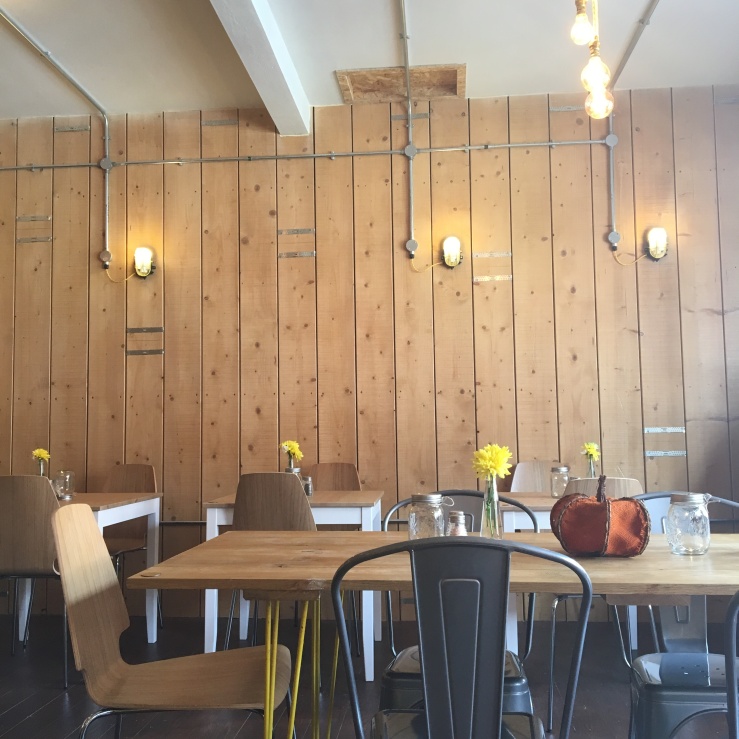 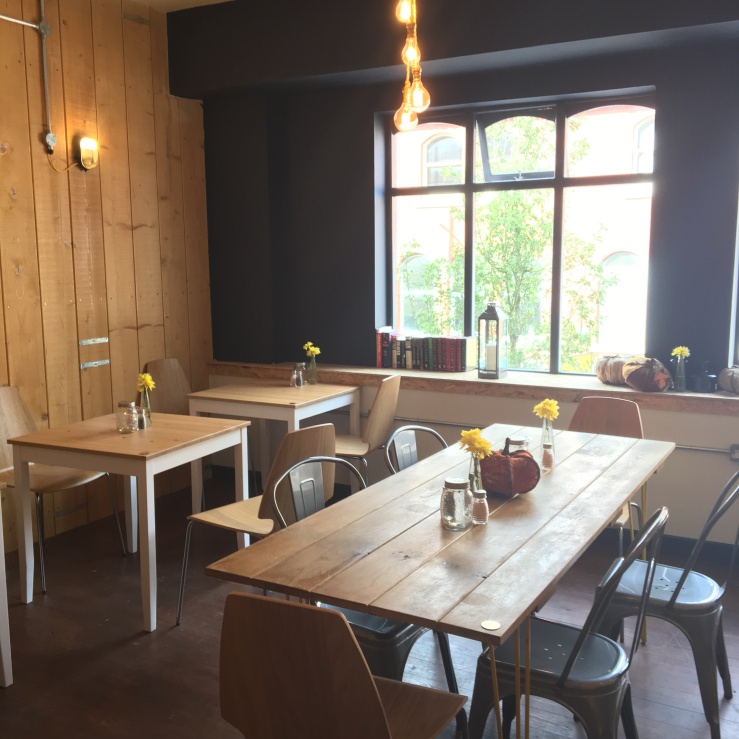 I had heard of Rawr before as the restaurant/ cafe on Piccadilly Street, Hanley is actually their second installment as they originally opened up their first Rawr in Newcastle-under-Lyme where I don’t tend to frequent often so had never managed to make my way to Rawr until now. Based on looks alone this place is right up my street. Industrial style interiors, unfinished rough wood, exposed piping and bulbs, subway tiles, cosy reading chairs perched between Tolix-lined dining tables? WHEN CAN I MOVE IN?

The aesthetics of the place is very pleasing and it seems far too cool to belong in Stoke-on-Trent but actually this is exactly what we need around here. We’re nowhere near London with its pop-ups and quirky cafes but Stoke is crying out for this type of food scene and finally there are local businesses catching on to the growing demand for something other than a franchised burger & chips joint. Hoorah!

So the food. When eating out I tend to lean towards indulgence as I figure if I’m paying for something to eat I want it to be different to what I’d typically whip up at home and in my house we don’t do desserts. All the usual suspects were on the menu with avo toast and smoothie bowls as well as a hefty lunch menu which looked incredible.

Seeking somewhat familiar territory we went straight to the desserts menu and opted for their Spiced Pumpkin cheesecake. I didn’t get to take note of the ingredients to know whether or not this was vegan (I’m guessing so) as this was a special the waitress told us they had on but it was delicious and so rich. The base was blitzed up nuts instead of crumbly biscuit and I’m sure I got a hint of coconut which worked as a clue to hold it all together. We also ordered the raw cacao brownie with vegan ice cream. The portion size of the brownie was pretty measly if I’m honest for £6 (?) but it was incredibly dense so  you definitely get your chocolate fix from it.

For drinks I opted for ‘Afternoon Delight’ – cheeky. Hands down the prettiest hot chocolate I’ve ever had. Made with rose water and decorated with dried rose petals it was like drinking a Fry’s Turkish Delight. I enjoyed this this most from our sweet brunch break and was more than happy to pass the time nestled into the lovely canary yellow arm chair sipping on my hot chocolate and taking in the views from the high windows opposite me. 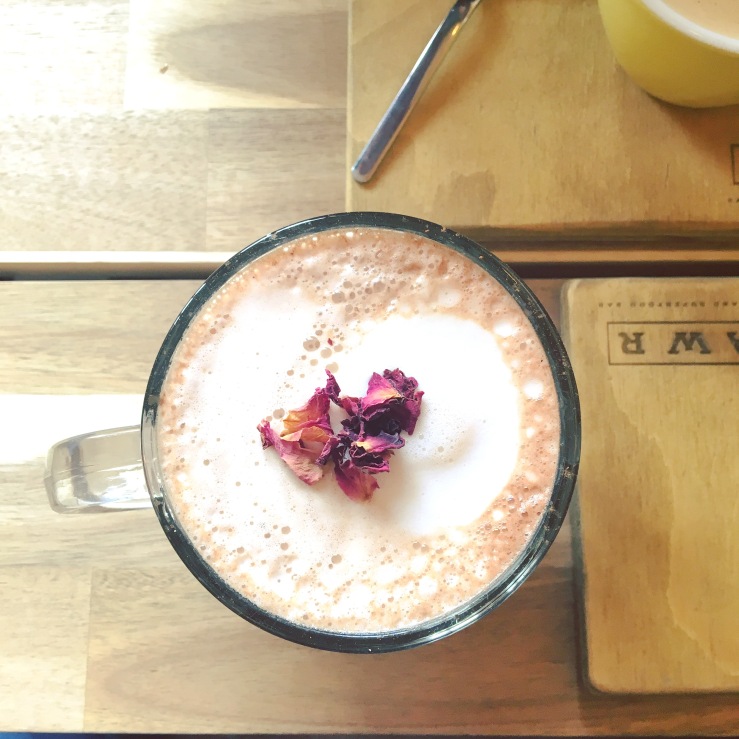 For cake and coffee for two our bill came to £17 which may sound a bit steep when you compare it stopping by a Starbucks but we were more than happy to pay it to support a brilliant local business like this that I hope to see more of in the city.

Dancing the night away with my boy 💫💕
Christmas Eve walk with the family ❤️ ⁣ ⁣ 🎥 @ollieeuk/ @mediareddot
Failing at family photos since 2018. Love my little gang though 💫
We’re ready for Santa! 🎅🏼
Merry Christmas from The Clarksons ❤️🎄
My darling boy! We can’t wait to see your little face light up tomorrow morning 🤩
My Tweets